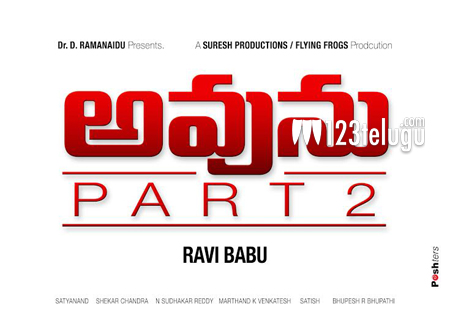 Ravibabu’s Avunu was a run away hit and had done very good business when it released. This has prompted the makers to make a sequel to the hit and it’s titled as Avunu-2. The trailer of the movie was released recently and it has already garnered 1 lakh views on YouTube already.

The lead cast of the film remains the same as the first part with Harshwardhan Rane and Poorna reprising their roles. Jointly produced by Suresh productions and Flying Frogs Entertainment, the movie is getting ready for release in December.