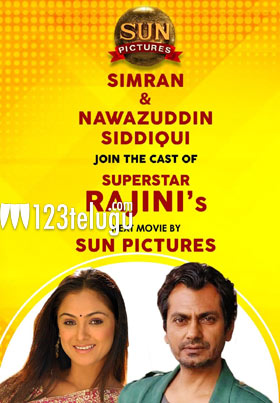 Looks like the Rajini starrer in the direction of Karthik Subbaraj is getting bigger by the day. We had already revealed that yesteryear actress Simran will play a key role in the film.

Now, the breaking news is that hot-shot actor, Nawazuddin Siddique has been roped in to play a key role in the film. Already the film has Vijay Sethupathi and with the likes of Nawaz joining the cast, this film has become a dream project now.

Sun Pictures is producing this film on a massive budget. Anirudh scores music.