Awe! Director Reveals Interesting Details About The Film
Published on Feb 7, 2018 3:56 am IST 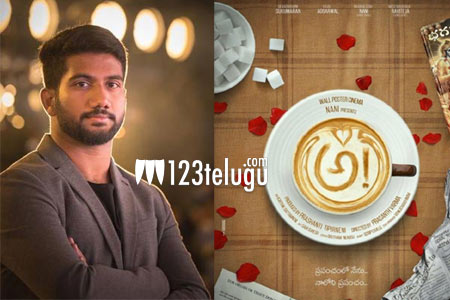 Prasanth Varma, who’s going to make his directorial debut with Awe!, is eagerly awaiting for audience’s response for his experimental film. Apparently, he began writing this story when another film he was supposed to make was shelved at the last minute.

“Awe! is a result of my frustration and this time, I didn’t want to deal with any big names to make the film,” he said in a recent interview. Apparently he turned down couple of offers from Kajal Aggarwal and Ravi Teja, who were keen to produce the film or take it to Bollywood, and when Nani too volunteered to make the film, he was about to run away. “He managed to convince me to let him produce the film and I must say that neither Nani or Prashanthi interfered in what I wanted to do till the end,” Prasanth added.

The film stars Kajal, Nithya Menen, Regina, Priyadarshi, Murali Sharma, Rohini, Srinivas Avasarala, Eesha and few others playing important characters. Mark Robin has scored the music and Karthik Ghattamneni is the cinematographer. The film is going to release on February 16.