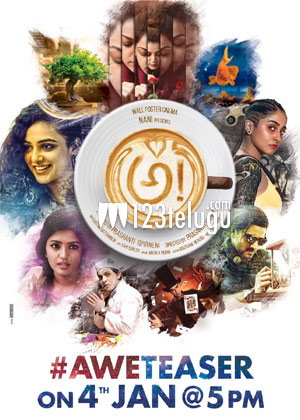 The makers of Awe, an experimental multi-starrer being produced by hero Nani, have created a decent buzz with some striking character intro posters. Awe is slated for February 2nd release.

Ravi Teja and Nani will be lending their voices for the movie. Debutant Prasanth Varma is the film’s director. Baahubali costume designer Prashanti Tirpirneni is co-producing the movie under Wall Poster Cinema banner.