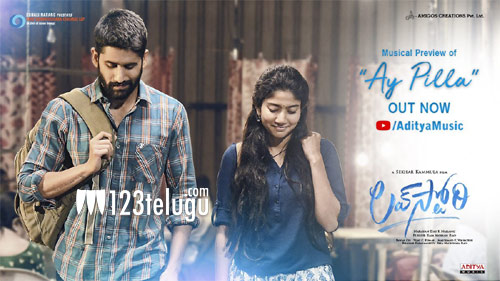 Yesterday, on the occasion of Valentine’s day, the makers of Chay Akkineni’s Love Story released their first single, Ay Pilla, that went viral all over.

Now, the song has become a rage and has crossed over three million views within 24 hours. Chay and Sai Pallavi’s emotional chemistry has become the talk of the town.

The manner in which Shekhar Kammula has showcased these two lovers in the song is winning the internet. The film is based in Telanagana and is in its leg of its shoot.