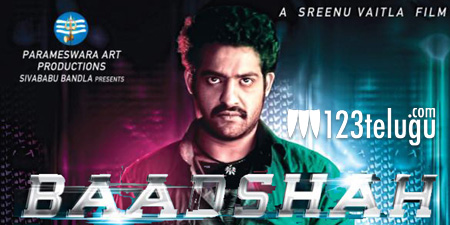 NTR’s upcoming film Baadshah is in final stages of shooting and the final schedule is underway in Hyderabad. Sreenu Vaitla is directing the film and Bandla Ganesh is producing it. Kajal Aggarwal is the lead actress and Navdeep has played the villain’s role in this action entertainer.

The film’s audio is going to be launched in a spectacular way on March 10 and the event is going to be held in Ramanaidu Studios in Nanakramguda in Hyderabad. Most of the big audio launches in recent times are being held in this venue and special arrangements are going to be made to accomodate hundreds of NTR’s fans who are expected to grace the event.

Thaman has scored the music and three of the songs in the film have been sung by Simbu, Daler Mehendi and Baba Sehgal. On the other hand, the film’s post production is going on in full swing and the film is expected to hit the screens on April 5.