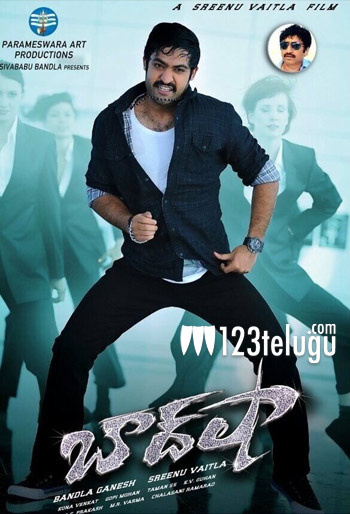 The eagerly awaited teaser and song promo of NTR’s upcoming film Baadshah has been delayed. After the audio launch, which was originally supposed to happen on March 10, was called off, the Baadshah team had planned to release a teaser and a song promo today on the eve of Maha Shivaratri; however, now, even that’s not going to happen.

Gopi Mohan, one of the writers of the film, said, “Baadshah’s shooting is in full swing and it’s in the last leg of production. The film’s post production including dubbing, editing, re-recording, special effects is going on in full pace. So, the Baadshah’s team has decided not to release a compromised & inferior version as a teaser during this hectic shooting & post production schedule. Baadshah is special in every way. Our team will promise u a grand entertainment in theatres.Team is preparing for 17th. Apologies to the fans.” Sources close to the production say that NTR is looking terrific in the teaser which was supposed to be unveiled today. It looks like NTR’s fans will have to wait little longer before they can start raving about NTR’s new style and all the action and entertainment which Sreenu Vaitla has promised.

Baadshah stars NTR and Kajal in lead roles. Sreenu Vaitla is directing the film and Bandla Ganesh is producing it. Kona Venkat and Gopi Mohan have written the script, along with Sreenu Vaitla. S S Thaman is scoring the music. The film is expected to release on April 5.