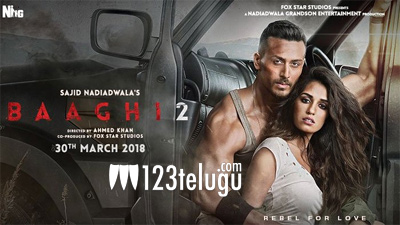 Tiger Shroff, Disha Patani starrer Baaghi 2 has taken the box-office by storm. The film is a remake of Kshanam and it has been directed by Ahmed Khan. While the promos and songs were a hit, the box-office figures on the first day has come as a big shock.

As per the official figures, the film has collected Rs 25.10 crores which is the best opening figure for any film in 2018. The film has even surpassed the collections of Padmaavat on the opening day. The latter had collected Rs 19 crores in a single day in Hindi and including premieres and other languages, Padmaavat had collected Rs 24 crores, which is still short of Baaghi 2’s record.

The film has cemented Tiger Shroff’s star status as an action hero, and the makers have already announced that there is going to be another film in the series with Tiger in a lead role.