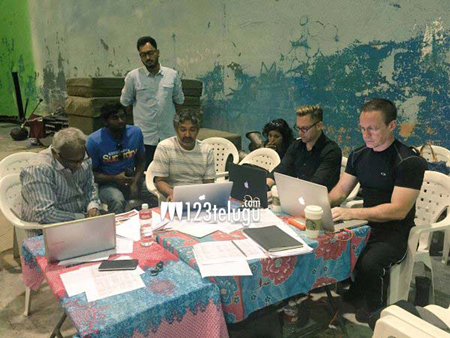 We had already reported that the entire team of Baahubali took a summer break from their shoot. Latest update reveals that the filming is back on track and currently, some key scenes featuring the climax are being shot.

Reports also suggest that the entire filming will be wrapped by October end. Directed by S S Rajamouli, Baahubali 2 is one film which is being waited all over the world and will release in April 2016.

Anushka and Tamanna play lead roles in the film which is produced by Arka Media. M M Keeravani scores music.