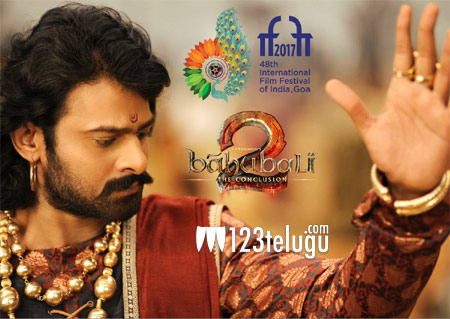 SS Rajamouli’s epic magnum opus, Baahubali The Conclusion, released in April this year and scripted history by grossing over Rs.1,700 crores and becoming the country’s all-time highest grosser. Now, this India’s biggest motion picture has been chosen for a special honor.

Baahubali The Conclusion has been selected for a special screening in the Indian Panorama Section of the 48th International Film Festival of Goa, which will be held from November 20 to 28. Along with Baahubali 2, India’s Oscar entry Newton and 24 other films will be screened at the reputed film carnival.