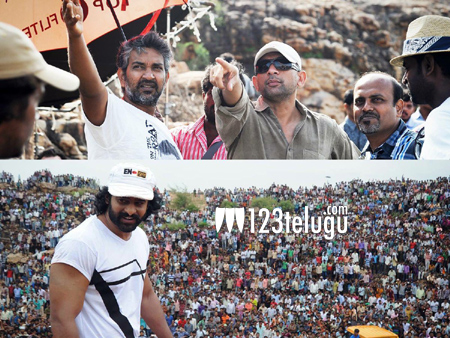 Baahubali, the magnum opus has created a storm all over and the anticipation for the sequel is higher than ever.

It was exactly on this day that this masterpiece went to the sets 3 years ago. The makers began shaping this film on the 6th of July 2013 and on an account of finishing 3 years, the team is planning celebrations on a huge scale. They even conveyed the same via Facebook to all the fans out there.

Currently, Baahubali The Conclusion is finishing filming its climax at Ramoji Film City and the film will be released in April 2017.