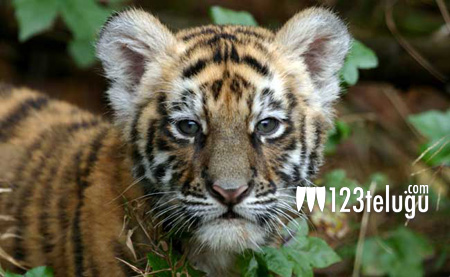 The craze of Baahubali has become so huge that the fever has spread all over the world. Several restaurants are being named after the film and merchandise is also being created by businessmen to sell their products.

But the thing which has caught our attention is that a tiger cub born in Nandankanan Zoological Park in Orrisa has been named ‘Baahubali’. Interestingly, the tourists had suggested that name who came in to see the little Tiger which was a special attraction.

What’s more interesting was that the tiger cub was named Baahubali in the presence of Odisha’s Forest and Environment Minister. Such is the craze of Baahubali and we need to see what is in store for us in the future.