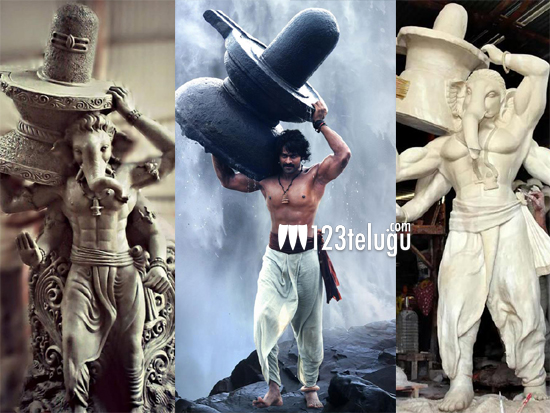 Prabhas carrying a huge idol of ‘Shiva linga’ on his shoulders is one of the iconic scenes in S S Rajamouli’s Baahubali. The heart wrenching pose has became so famous that several Ganesh idols are being sculpted after this enigmatic pose.

Seen here in the above picture is an idol of lord Ganesh which is designed exactly to that of the famous pose in the film. These idols have caught on big time as Ganesh Chaturthi is fast approaching and have become the talk of the town.