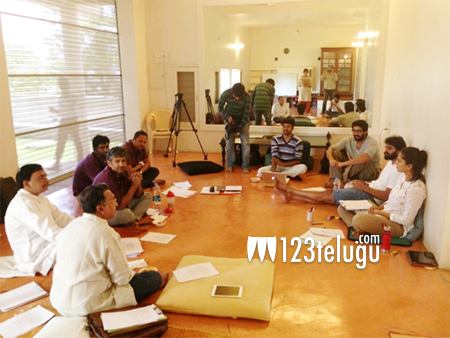 Telugu Cinema’s costliest film Baahubali will release only in 2015 but post production work is already picking up pace. Because of huge number of special effect scenes, Rajamouli is beginning this work early, so that the film does not become delayed like Eega.

Recently, the production team posted pictures of technicians working on the movie technicalities. Shooting of the film has started again and Prabhas is fit and healthy again.

Rajamouli is the director of this movie. Prabhas is the hero of the film and Rana is going to be the villain. Anushka and Tamanna will be the heroines. Keeravaani is scoring the music.