Baahubali producers tight-lipped about their next feature film
Published on Dec 15, 2019 11:35 pm IST 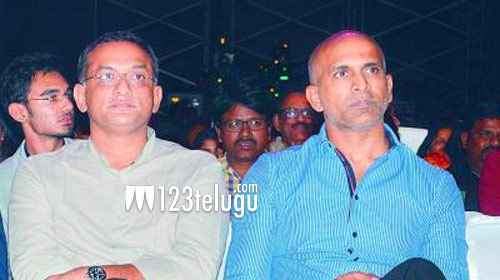 It’s been more than two and a half years since Baahubali 2 released, and there have been no announcements from Arka Mediaworks about their next feature film. Last year, the production house announced that it was going to collaborate with Netflix for a web series on Sivagami, a key character from Baahubali. And earlier this year, they acquired the rights for Manu Pillai’s acclaimed novel, The Ivory Throne.

The latest buzz in the industry is that Shobu Yarlagadda and Prasad Devineni are going to co-produce a film along with the makers of C/O Kancharapalem. The film is being directed by Venkatesh Mahaa, and he is once again teaming up with C/O Kancharapalem’s producer, Praveena Paruchuri, a US-based doctor.

For now, Baahubali’s producers are tight lipped about their latest collaboration. More details about this project are expected to be revealed soon.