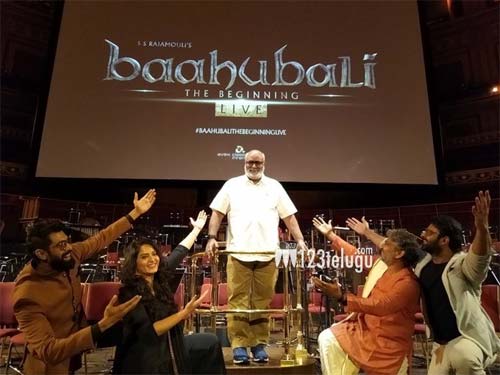 Apart from the screening, a live symphonic performance of the film’s soundtrack was the major highlight. After the screening, Team Baahubali also interacted with the audience in a Q&A session.