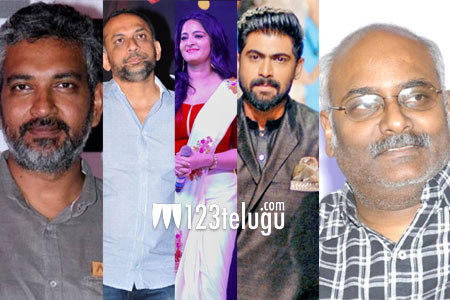 Baahubali 2 has created havoc at the box-office all over the world. While the whole team is on cloud nine looking at the numbers and accolades coming their way, it’s just the beginning and it’ll be interesting to see how far Baahubali 2 goes.

Meanwhile, SS Rajamouli, Shobu, Rana Daggubati, Anushka, MM Keeravaani and few others from the team are heading to London later today to attend the official screening of Baahubali 2, organised by the prestigious British Film Institute (BFI). The screening will be followed by a Q&A with the team.

This screening will be held on May 2. On the other hand, every member of the team is busy making plans for a long and well-deserved vacation after the film’s release.