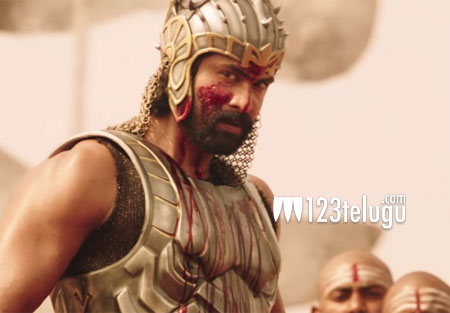 As promised earlier today, SS Rajamouli released the teaser of the much awaited visual spectacle Baahubali. This short teaser is going viral in all the social networking pages and movie lovers are in a feeling that this movie will be nothing short of a magnum opus on the silver screen. In fact, the teaser is giving goosebumps to all the viewers.

Team Baahubali decided to release the teaser to make up for the disappointment after the audio release was postponed due to security concerns. Going into the trailer, it features Rana in a warrior armour and also a small snippet of a fight sequence between two kingdoms.

The trailer of Telugu and Hindi versions will be released on the 1st of June and audio launch date will be announced shortly.