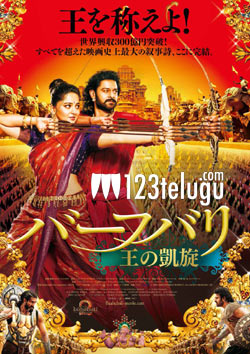 Released in April this year, SS Rajamouli’s magnum opus, Baahubali The Conclusion, recreated the box-office history and ended up as the highest grossing movie in India. The film had grossed over 1600 crore across the world. Now, Baahubali 2 is gearing up for its first major international release.

As per the latest updates, Baahubali 2 has been censored by the Japanese authorities and has been rated G, which is equivalent of the U certificate in the Indian censorship system. Baahubali 2’s Japanese dubbed version will hit the screens on December 29.