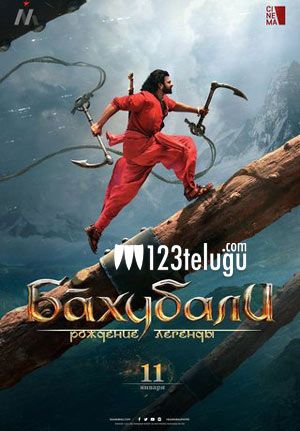 Released in April this year, SS Rajamouli’s ambitious magnum opus, Baahubali The Conclusion, erased all the existing box-office records across the country. The film went on to collect more than Rs.1,600 crore at the box-offices worldwide.

Now, Baahubali 2 is all set to hit the screens across Russia. The film’s Russian version will be released on January 11, 2018. Popular Russian film distribution company MVK Film Distribution is releasing this epic war drama. Incidentally, Baahubali The Conclusion was the opening film at the Moscow International Film Festival in June.