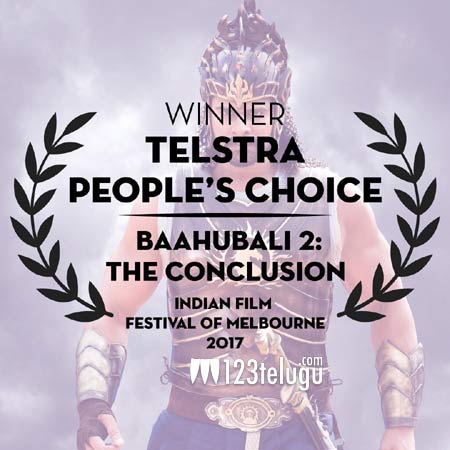 We had reported recently that SS Rajamouli’s blockbuster magnum opus, Baahubali The Conclusion, will be screened at the Indian Film Festival of Melbourne, Australia. The fest kicked off on August 10th.

And the thrilling update is that Baahubali 2 has been awarded the Telstra People’s Choice award at the festival. One of the film’s producers Shobu Yarlagadda was present at the festival to receive the award. Yet another Telugu hit film, Pelli Choopulu, was also screened at the festival.