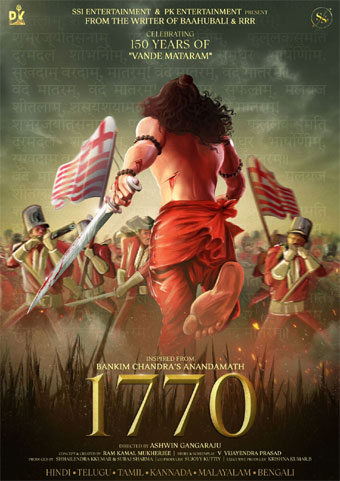 Vijayendra Prasad is one of the top writers in the country. Now, he is gearing up for a big-budget period drama that will be made in six Indian languages.

The film will be directed by Ashwin Gangaraju, an assistant of Rajamouli. Titled 1770, this movie will have state-of-the-art VFX and solid actors in key roles.

Ram Kamal Mukherjee has created this concept and Shailendra Kumar and Suraj Sharma will produce this film. Watch this space for more updates on this project.