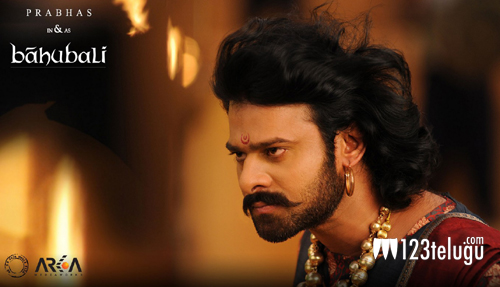 The shooting of Rajamouli’s magnum opus Baahubali is currently progressing at a brisk pace in Hyderabad.
Meanwhile, the dubbing formalities of this flick have kick started in Prasad Labs, Hyderabad today.

Tamanna and Anushka are playing the female leads in this flick which will hit the screens in 2015. Baahubali will also be dubbed into Tamil simultaneously, and the dubbing works will also start soon. Tamil stars like Nasser and Satyaraj also play key role in this film.