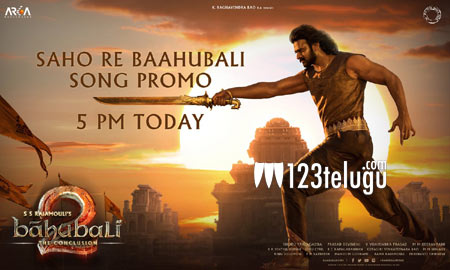 Today evening, the team of Baahubali will be launching the first promo of their title song Saahore Baahubali. There are some huge expectations that are surrounding this number as the song will showcase the mighty Prabhas as the king Baahubali.

The makers are carrying out promotions on a clever note and are keeping the interest among the audience on a huge scale. Arka Media produces this big budget film which has been in the making for the past five years.

M M Keeravani composes the music for this film which is directed by Rajamouli.