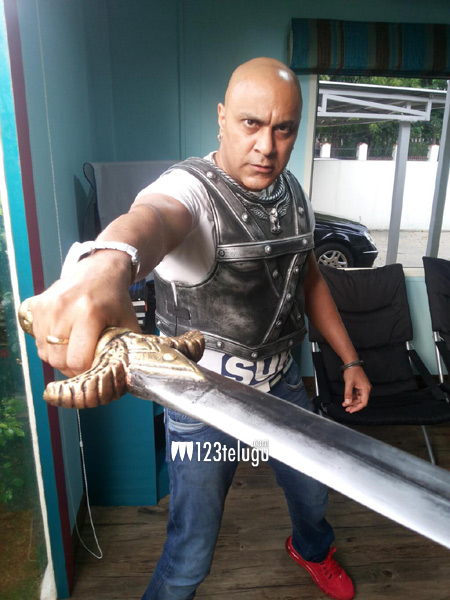 Noted Indian singer Baba Sehgal will be seen in Gunasekhar’s historic film ‘Rudrama Devi 3D’. The singer is trying out some costumes for the film and he has posted a picture of himself on Twitter.

Anushka is essaying the lead role in the movie and actor Rana will be seen as Yuvaraja Chalukya Veerabhadra of Nidavardhyapuram (Present day Nidadavole). Veteran actor Krishnam Raju and Nathalia Kaur are also said to be on board.

Ilayaraja is composing the tunes for this project and Thota Tharani is the art director. Ajay Vincent is handling the cinematography for the movie.

Gunasekhar is the director and producer of the movie.