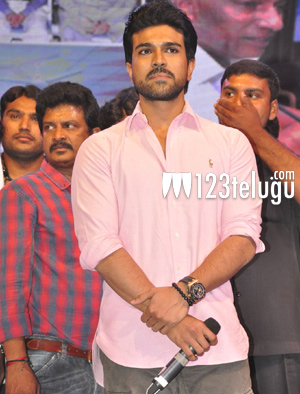 Mega Power Star Ram Charan said that his babai Pawan Kalyan is the main inspiration behind his successful career. Speaking at the annual event of an engineering college in Hyderabad, Charan said that he used to waste all his time without a goal in his early 20s and that it was only after his babai Pawan Kalyan counselling him for an hour that he turned serious towards his career.

Charan revealed how Pawan lectured him about how his father Chiranjeevi paved a red carpet for everyone in their family, and also made him understand the importance of valuing Chiru’s hard work, values and stature by making a good name for himself in his career.

Charan further suggested the students to always believe in destiny and concluded his speech saying that he got the passes for Sardaar Gabbar Singh’s audio launch event and that he will be attending it.