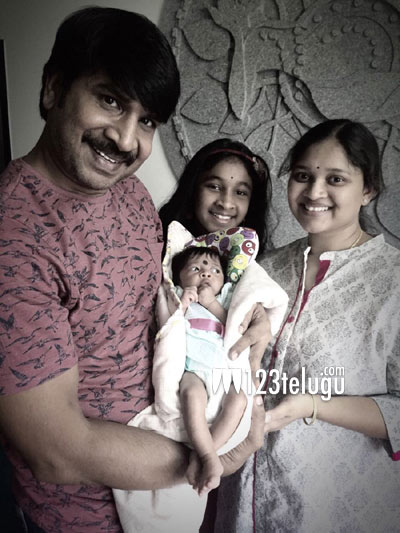 Popular comedian Srinivasareddy became a proud father to a baby girl. The actor took to Twitter and posted a picture of his family welcoming their new bundle of joy. Srinivasareddy also has a school going daughter.

On the professional front, Srinivasareddy has been part of most of the recently released Telugu movies and tickled audience’s funny bones. He will soon be seen playing an important role in Power Star Pawan Kalyan’s Agnyaathavaasi.
Attachments area