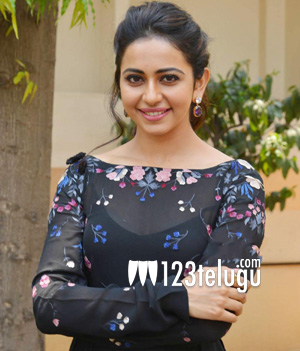 After a long gap following the release of her 2014 film, Yennamo Yedho, young beauty Rakul Preet is all set to return to Kollywood with Superstar Mahesh Babu and AR Murugadoss’ upcoming movie.

Even before the film’s release, Rakul started shooting for yet another Tamil film, starring opposite Karthi. Titled Dheeran Adhigaram Ondru, this film is fast finishing its shooting formalities and is gearing up for an August release.

This means that Rakul will have two of her Tamil movies hitting the screens within two months. Dheeran Adhigaram Ondru will also be releasing in Telugu.