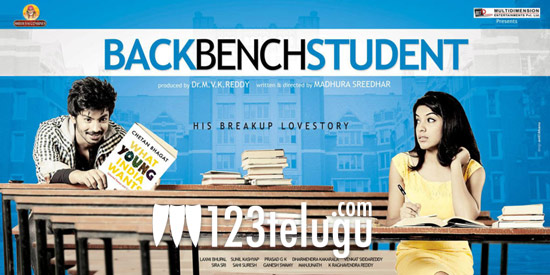 Madhura Sreedhar’s upcoming film Backbench Student is gearing up for release later this month. Mahat Raghavendra is making his debut in Telugu with this film and it also stars Piaa Bajpai and Archana Kavi in lead roles. MVK Reddy has produced the film under Shirdi Sai Combines and Multidimension Entertainments banner is presenting it. The film is currently in post production stage and for the past few days, Mahat Raghavendra has been dubbing for the film. The latest buzz is that the film’s audio might be launched on February 16. Sunil Kashyap has composed the music.

One of the major highlights of the audio is a remix of Jagada Jagada, a superhit song from Geethanjali and two songs in the album have been sung by Tamil actor Simbu and music director Anirudh (Kolaveri Di fame). Prasad G K is the cinematographer.