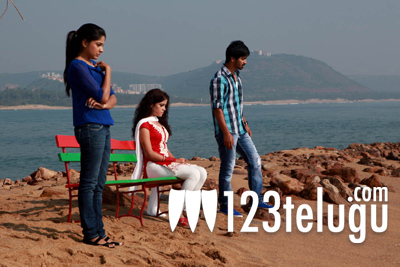 The principal shooting of Madhura Sreedhar’s upcoming film Backbench Student has been wrapped up. Mahat Raghavendra is making his debut in Telugu with this film and Piaa Bajpai and Archana Kavi are the lead actresses. MVK Reddy is producing the film under Shirdi Sai Combines banner and Multidimension Entertainments Pvt Ltd is presenting it.

At a press meet held earlier today, Madhura Sreedhar introduced his cast and crew to the media and said, “I must thank my guardian Mr. Vasu from Multidimension Entertainments Pvt Ltd for being a pillar of strength throughout my career. We completed the film’s shooting in 55 days spread across three months. Backbench Student is a triangular love story about a boy who is going through a crisis with 16 backlogs in B.Tech, pressure from parents and two girls.”

Lakshmi Bhupal and Venkat Siddareddy have written the screenplay. Prasad G K is the cinematographer. Sunil Kashyap has composed the music. The film has a remix of Jagada Jagada, a hit track from Geethanjali and this remix version has been sung by Tamil actor Simbu and Anirudh Ravichander has sung the title track. The film’s post production will begin shortly and the film will release early next year.