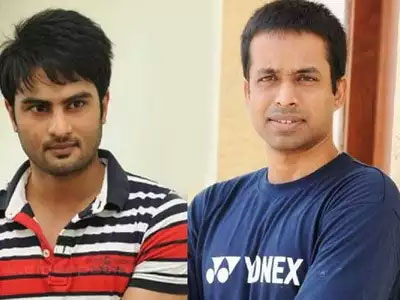 It’s well known that a pan-India biopic on former Indian badminton champion Pullela Gopichand’s life and legacy has been in the works for the past 4, 5 years. Tollywood actor Sudheer Babu, who was once a badminton player himself and also Gopichand’s schoolmate, will be essaying Gopichand’s role in this sports drama, while Praveen Sattaru will be directing it.

In a recent interview while promoting his upcoming film, Hunt, Sudheer Babu revealed that Gopichand biopic will not go on floors at least in the next 2, 3 years. However, Sudheer has not revealed the exact reason behind the delay. He further said that talks are on whether to make the film as a 2 part franchise or a web-series for any OTT platform. Times Group has acquired the rights to make this prestigious biopic.