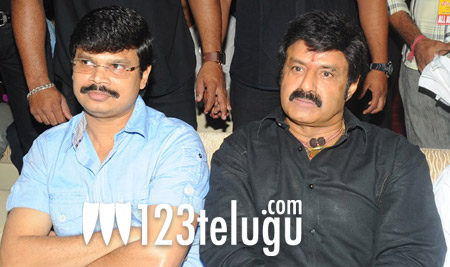 Nandamuri Balakrishna and Boyapati Sreenu are teaming up for a new project and we broke that exclusive news sometime ago. We have now learnt that the film’s shoot will start officially from mid May, most probably from May 15th. The pre-production work is in full swing right now.

The movie is expected to be a powerful political drama and Balakrishna will be seen in a grand and new avatar. He is working on making himself fitter and leaner for the role. The film has been tentatively titled ‘Ruler’ and it will get ready for release in time for the general elections in 2014.

Balakrishna and Boyapati teamed up for the very successful ‘Simha’ a few years ago.