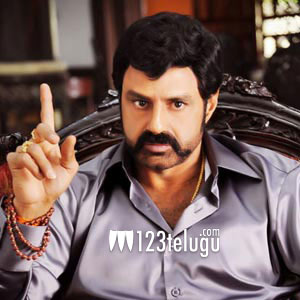 We have some pretty exciting news for Nandamuri fans. As per reliable sources, Balakrishna’s upcoming film in Boyapati Sreenu’s direction is going to be titled ‘Legend’. The makers have reportedly agreed upon this title, as they feel it is the most apt one for the story and for Balakrishna’s character in the movie.

Shooting is currently progressing and some crucial fight sequences have already been shot. Yesterday, we reported that Balakrishna will be using a custom motorcycle for this movie. Sonal Chuhan is the heroine in this movie and Devi Sri Prasad is composing the music.

There will be one more heroine in the film and her name will be revealed soon. 14 Reels Entertainment banner is producing this film in association with Vaarahi Chala Chitram banner.