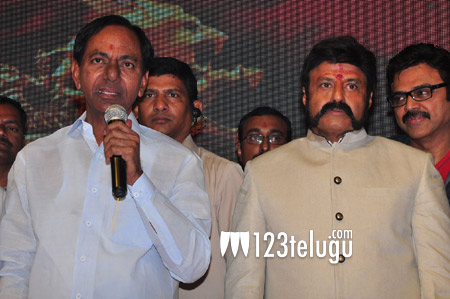 Speaking on the occasion, Balakrishna said that his relationship with his fans is inseparable. Balayya added that the continuous love of his fans and Telugu people has made him what he is today. Stating that he feels blessed to enact the role of the legendary Amaravati ruler Gautamiputra Satakarni, Balayya dedicated the film to all the Teluguites across the world.

Also speaking on the occasion, Megastar Chiranjeevi said that Balayya will recreate history in Telugu cinema with Gautamiputra Satakarni. Victory Venkatesh said that Balayya’s 100th film will run in the theaters for 200 days.