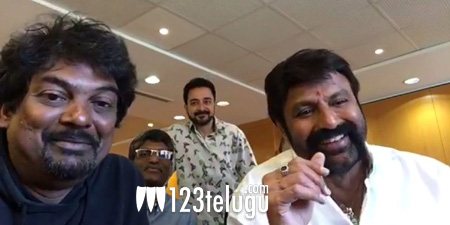 Balakrishna took another step in this new age of promotions and took part in a Facebook live session earlier today. The star was live on the sets of his new film Paisa Vasool which was being shot in Portugal.

Balayya was in quite a jovial mood and answered many questions for his fans. He also confirmed the release date of his film as September 29th and also thanked many fans who were cheering Jai Balayya on the social media platform.

Balayya’s project caught on quite well since the title of the film was announced. Balayya plays a happy go lucky role in this film which also has Shreya Saran as the female lead.