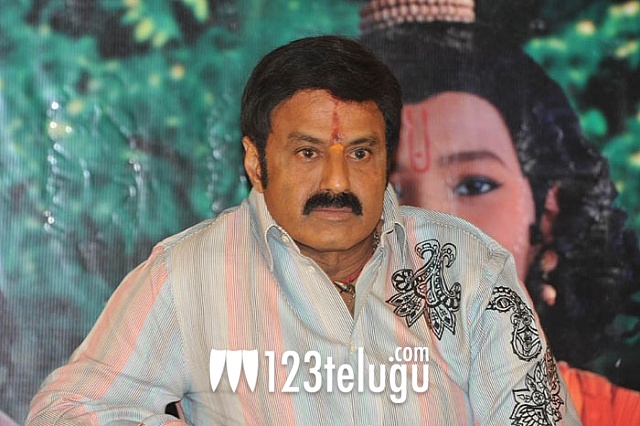 Nandamuri Balakrishna has started participating in the shooting of his new movie on Boyapati Sreenu’s direction. The film is currently being shot at Ramoji Film City and Balakrishna’s introduction fight scenes are being shot. Fight masters Ram – Lakshman are handling the fight choreography. The film is going to be a powerful action entertainer. Shooting was supposed to start in Dubai, but it has been shifted to Hyderabad as certain permissions did not arrive on time.

The film is being eagerly awaited by Balakrishna’s fans as Balayya and Boyapati teamed up very successfully for the film ‘Simha’. Devi Sri Prasad is scoring the music for this movie.

Sonal Chauhan is one of the heroines in this movie. 14 Reels Entertainment banner is producing this movie in association with Varahi films.