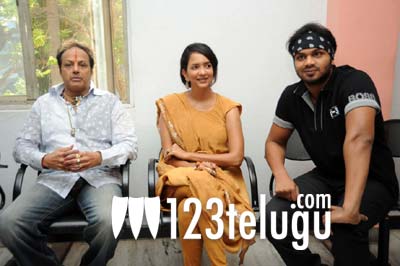 Nandamuri Balakrishna is doing a guest role for perhaps the first time in his career in U Kodathara Ulikki Padathara (UKUP). The movie has Manchu Manoj and Deeksha Seth in the lead roles and Panchi Bora will be the heroine opposite Balakrishna.

Sekhar Raja is directing this film and Lakshmi Manchu is producing this movie on Lakshmi Prasanna Pictures banner. Balakrishna has joined the shoot today and the unit will be filming some key scenes at Antarvedi, near Rajahmundry. The shooting will go on for about 4 days at this location. Producer Lakshmi Manchu said that about 40% of the movie’s shoot has been completed.

A massive set has been erected in the outskirts of Hyderabad for the movie and the major part of the film will be shot there.Sonu Sood, Prabhu and Rishi are playing important roles in the movie. UKUP is being readied for an April 2012 release.