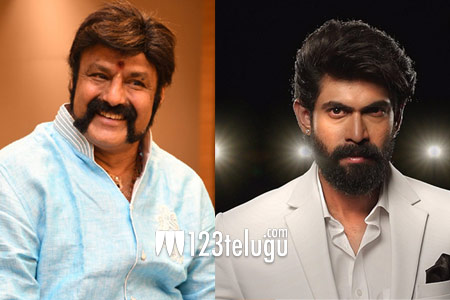 Tollywood stars Nandamuri Balakrishna and Rana Daggubati will be attending the audio launch event of a small budget film titled Satya Gang. Both Balayya and Rana will head to Dhone in Kurnool on February 16 to grace the event at STBC College Grounds.

Satya Gang is a romantic action drama and it starts newcomers Sathvik Eshwar, Pratyush, Harshitha and Akshitha as the main leads. The film is directed by debutant Prabhas, while industrialist Mahesh Khanna bankrolled the film. Several celebrities from the film and political worlds will take part in the audio launch event.