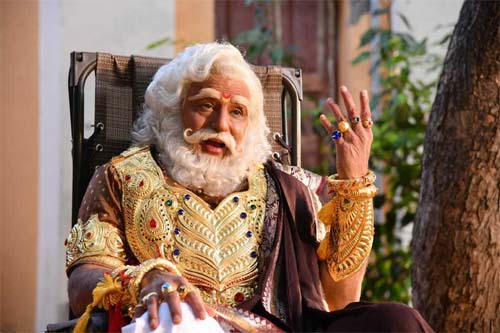 Balakrishna did a film called NTR biopic which was made in two parts. The first one was called Kathanayakudu. Today, on the occasion of Bheeshma Ekadasi, Nata Simha Nandamuri Balakrishna released unseen stills of his Bheeshma Character from the film.

On this occasion, he said “Bheeshma’ is one of my favorite roles. My father NTR garu played the role of ‘Bheeshma’ which was more than his age at that time and impressed the audience with his impeccable performance. I like that film and ‘Bheeshma’ character very much”

Adding further, he said ” We shot some scenes on ‘Bheeshma’ in ‘NTR Kathanayakudu’ film. But, due to length issues, we need to trim those scenes from the final cut. Today on the occasion of Bheeshma Ekadasi, I wanted to share those photos with my fans and audience.”