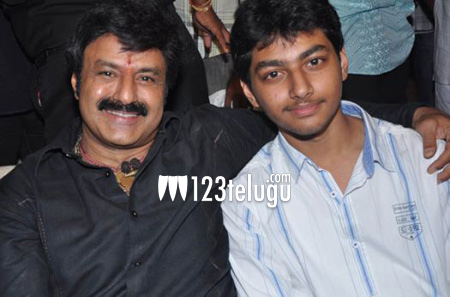 Balakrishna’s son Mokshagna is going to make his debut next year and the stage is being prepared for this grand debut. Interestingly, Balakrishna is not going to launch Mokshagna with a solo film. Rather, the actor has revealed that Mokshagna will be acting with him for the first film.

Apparently, this film will be ‘Aditya 999’, the sequel to the hugely successful ‘Aditya 369’. Balakrishna reportedly made these comments while chatting informally with media people during the Assembly sessions.

This news should cheer up Nandamuri fans who are waiting eagerly for Mokshagna’s debut.