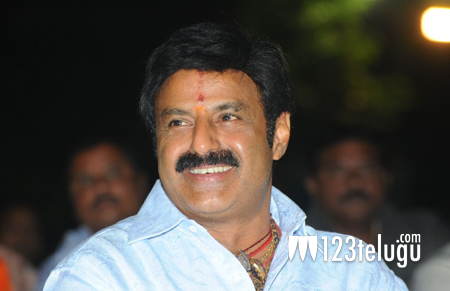 Ever since he acted as the presenter of the film ‘Legend’, producer Sai Korrapati has been in good terms with the actor turned politician Nandamuri Balakrishna. According to a latest update, Balakrishna has agreed to watch the special premiere show of Sai Korrapati’s upcoming film ‘Tungabhadra’, at Prasad Labs at 3 PM this afternoon.

In the past too, Balayya attended several special premieres and other publicity events on the producer’s request. Starring Aurn Adith, Dimple Chopade and Satyaraj in important roles, ‘Tungabhadra’ is directed by debutant Gogineni Srinivasa Krishna.

The film will be released on 20th March as an Ugadi treat. Let us wait and see if Sai Korrapati will score his first success in 2015.