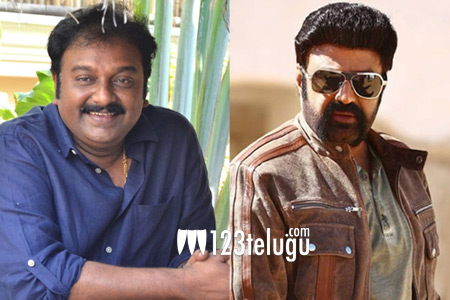 It’s been reported earlier that Nandamuri Balakrishna will join hands with director VV Vinayak for a high-budget entertainer. Jai Simha’s producer C Kalyan will be producing the project. Expectations will be high on this movie as Balayya and VV Vinayak are going to reunite after 16 long years after their 2002 movie, Chennakesava Reddy.

At Jai Simha’s 100 days function last night, producer C Kalyan announced that the Balayya-VV Vinayak project will be launched in May and that the film will be hitting the screens as a Sankranthi treat. The film is rumored to be a remake of the Kannada blockbuster, Mufti, but an official announcement is awaited.