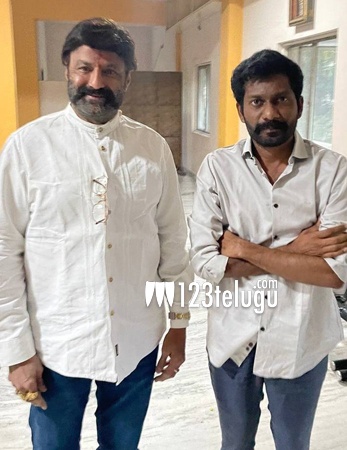 Yet another celebrity has watched the latest Tollywood blockbuster, Uppena, and appreciated the film and its team. The film’s team today arranged a special screening for star hero Balakrishna and his family members. The actor had some nice things to say about the film.

Uppena’s production house Mythri Movie Makers’s Twitter handle tweeted a picture in which Balayya is seen posing along with the film’s director Buchi Babu Sana. It’s well known that Balakrishna will next be acting in a film produced by Mythri Movie Makers’ Naveen Yerneni and Ravi Yalamanchali under Gopichand Malineni’s direction.