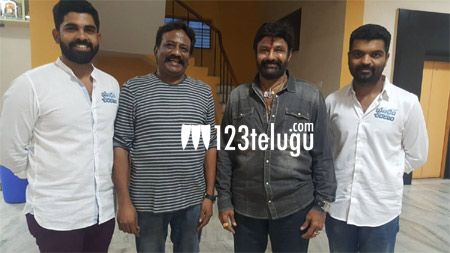 Naga Chaitanya’s much-awaited romantic action thriller, Yuddham Sharanam, is all set to hit the screens in a few hours. The movie’s unit has promoted the film quite well over the past few days and the buzz around the film has been quite good.

In a surprising move, Yuddham Sharanam’s producer Sai Korrapati invited senior film star Nandamuri Balakrishna for a special show of the film last night. Apparently, Balayya had some nice things to say about the film. Sai Korrapati had produced Balayya’s Legend in the past.