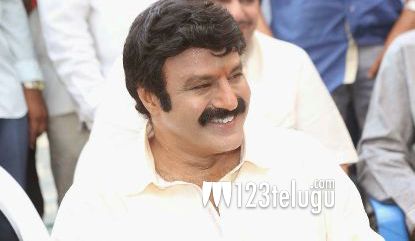 If Simha resurrected his faltering career, Nandamuri Balakrishna’s last film Legend reinstated him as the undisputed mass hero in the film industry. There were heavy expectations after Legend about who his next movie would be with. However the news of his movie with a newcomer came as a dampener to many. But now his fans have something to cheer about. Balakrishna would be pairing up with the team that made Loukyam which includes star writers Kona Venkat and Gopi Mohan and the director Sriwass.

Balakrishna is right now busy shooting for his film with newcomer Satyadeva which has Trisha as the female lead. Though initially planned to be a Sankranthi release, the movie has been pushed back to February owing to some delays in the progress of the shoot.