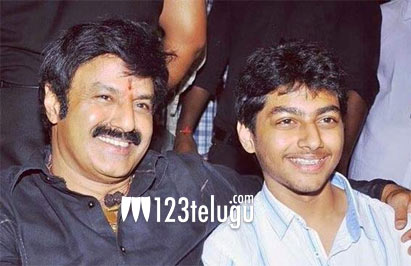 Nandamuri Mokshagna, the fourth generation star kid from the illustrious Nandamuri family, is all set to carry his family’s legacy by turning actor. Mokshagna’s silver screen debut has been a hot topic among the Nandamuri fans and media circles for the last one year.

In his latest promotional interview for Paisa Vasool, Balayya revealed that Mokshagna will surely make his acting debut in 2018. Balayya went on to reveal that he is scouting for the best scripts in romance genre as Mokshu’s age will suit such stories perfectly. However, Balayya remained tight-lipped about the name of the director who will helm this prestigious film.