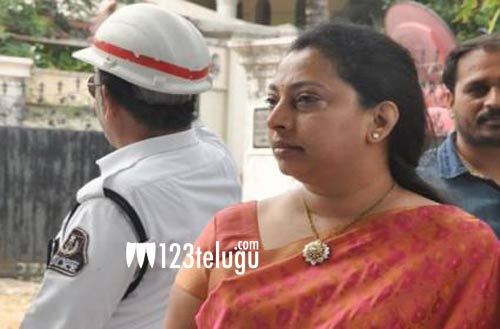 In an unexpected incident, actor and Hindupur MLA Balakrishna’s wife Vasundhara Devi’s signature has been forged by a man named Korri Siva who works at HDFC Bank’s Banjara Hills branch. A complaint has been lodged with the Jubilee Hills police station and the cops have arrested the culprit.

The Bank Managers investigated the matter internally and found out that a new employee named Korri Siva had forged Vasundhara’s signature. Following Subbarao’s complaint, cops arrested Siva and booked him with criminal charges after his confession.