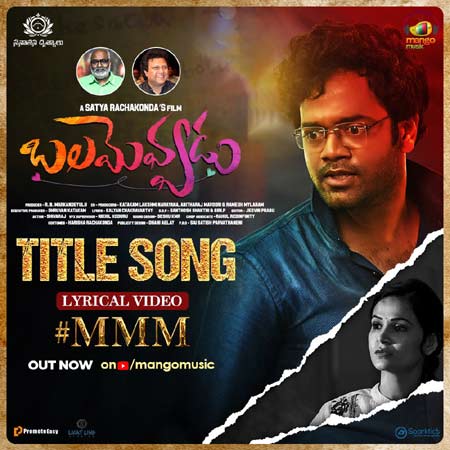 With his earnest and powerful rendition, Keeravani adds depth to Balamevvadu’s title song which reflects the injustice in the society around us. Lyricist Kalyan Chakravarthy pens some hard-hitting lyrics for this intense number. The film is set in the corporate hospitals backdrop and also showcases the scams of medical mafia.

Dhruvan Katakam and Nia Tripathi are making their acting debut with the movie. Suhasini, Nassar and Prithviraj will be seen in key roles. RB Markandeyulu is producing the film under Sanathana Drishyalu presentation. Satya Rachakonda is the director.