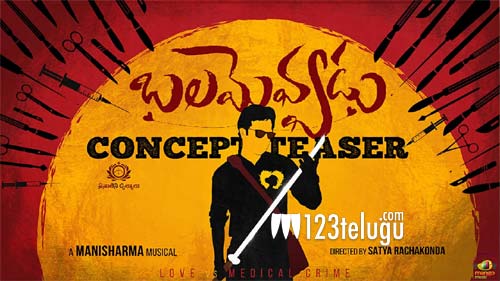 The makers of the upcoming social drama, Balamevvadu, today released the film’s concept teaser. The teaser showcases the film’s main plot which revolves around the thirst of corporate hospitals for money and also the scams of medical mafia.

Balamevvadu’s teaser has been released on the occasion of veteran composer Mani Sharma’s birthday, and his riveting score is one of the main highlights of the teaser. The teaser highlights the Bhagavad Gita hymn, Vaidyo Narayano Hari, with Sri Krishna Shatakam poem Balamevvadu Kari Brovanu in the BGM.

Dhruvan Katakam is making his debut as a hero with Balamevvadu. Nia Tripathi plays the heroine, while Suhasini, Nassar and Prithviraj will be seen in crucial roles. RB Markandeyulu is producing the film under Sanathana Drishyalu presentation. Satya Rachakonda is the director.