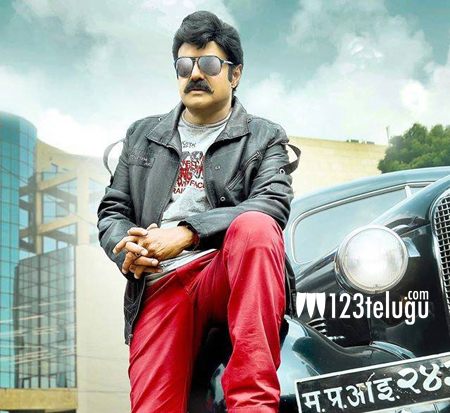 The makers of Nandamuri Balakrishna’s latest action entertainer, ‘Lion’, are busy shooting for an intense action sequence in Moinabad on the outskirts of Hyderabad. Leading action choreographer duo Ram-Laxman is supervising this fight sequence which is being shot in rain effect. The shooting will continue throughout this weekend.

Until yesterday, the film’s introductory scenes were shot on Balakrishna in a specially erected set. As per the sources, these scenes have come out well and will surely thrill the fans. Majority of the film’s shoot has been completed and the makers are planning to release the film in April.

Trisha and Radhika Apte have been paired up with with Balakrishna and Satya Deva is making his directorial debut with the film.